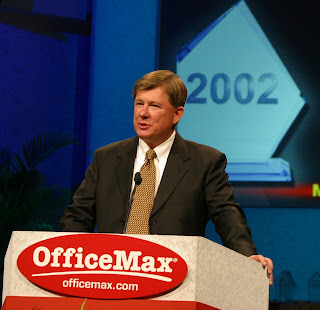 What a pleasure to talk with a journalist who's covered the biggest stories in the last few decades and retained his sense of humor. Learn from his perspective.

Soundbite Coach: Bob, you have had a wonderful career, from reporting in major markets to anchoring at CNN and emceeing events and debates all over the country. How has the news industry has changed since you first got into it?

Bob Losure: Lorri, we've seen huge technological changes in just the past ten years. Miniaturization of cameras and uplink equipment. Laptops to edit on in the field. And that leads us to ....smaller budgets. Fewer anchors with larger salaries. Reporters who shoot, edit, produce, write, blog, maintain websites, and work for less money, factoring inflation in, than I did when I began in TV news in '76 in Tulsa, OK. It's no secret that news departments have been turned over to station management and sales departments. With the advertising downturn, more is being done with fewer people. The average reporters have less experience on their resume than they did 15 years ago. have too many duties to spend more than half-a-day on any story, and must move up from city to city if they want a salary increase. Bizarre stories that are tabloid in nature, stories that former NBC anchor Tom Brokaw refers to as "distractions," are making it on the air in place of anything hard-hitting or investigative in nature. And so stories that I think are important in holding government officials accountable, and explaining real problems festering in cities are not covered, and if they are, not by people who have a history of that particular city.

Do I see some bright spots in this rather gloomy assessment? Definitely "Yes." Today's reporters/shooters are developing a whole new generation of journalists who can work far faster than my generation. They are more diverse--women who have now become the majority on-air, and minorities of all ethnicities. News is delivered from more sources. Yes, newspapers are a dying breed, but internet sites, including those of TV stations, allow you to access print and video in seconds, and respond with your own e-mail and your own blog. And I also see a hyper-local explosion in the media, sometimes in partnership with TV stations and newspapers, where more websites target specific neighborhoods, giving instantaneous information from crime to weather to sports to business news in a very short news cycle.


SC: Tell us what you are doing these days. How can people use your skills?

BL: As a cancer survivor, I've been doing cancer survival speeches since 1992. I've branched out into commercials and infomercials on-camera, corporate videos and hosting "live" events for companies, and narrating for ESPN2's Territories Wild outdoors show for the past 8 years. Video clips from my various appearances, and contact info are on my website at http://www.boblosure.com/

SC: Tell us about some of the most interesting or exciting events you have covered.

BL: Briefly, the San Francisco earthquake in 1989 and the Huntsville Alabama tornado in 1990 stand out. I did "live" reports on major breaking news for various network affils for CNN Newsource, and enjoyed being in the field immensely. In the case of the SF quake, the Marina District of the city became became a crush of sidewalks and houses buckled into the air from the concrete separation below. I was flown there from Atlanta, and quickly joined a chorus line of anchors--including Sam Donaldson, Tom Brokaw and Diane Sawyer-- all standing six feet apart and all starting to speak simultaneously at the top and bottom of the hour as their newscasts began. Staying focused is everything, or you end up mimicking the anchor next to you.

A similar scenario of confusion happened to me in Huntsville, Alabama a year later. I was doing "live" reports for local stations from the scene of a tornado that had destroyed much of the main thoroughfare of Huntsville. It was dark, cold, and a steakhouse behind me was a pile of rubble. All we could do was hook up our one light and our phone patch to the steakhouse's electrical box. As I began my report, the lines got crossed somehow, and a guy started ordering: "Hey Mac, I'd like three chicken fried steaks, four baked potatos, a couple of those cobbettes. Hey can you hear me?..." Yes, I heard him...loud and clear. I couldn't turn his volume down in my ear, but fortunately no one else was hearing him. My worry was that I was going to say "We have 16 people injured...and three chicken fried steaks." That guy may still be on the phone today.

SC: Bob, that's funny. And you have to keep your sense of humor when you cover such tragic events. You have interviewed or worked for some of our generation’s most colorful characters, such as Ted Turner and Donald Trump. Do you have a behind-the-scenes story about one of these larger-than-life personalities?

BL: Ted Turner brings back many vivid memories. When I first went to work for CNN Headline News, we were in the basement of an old four-story community center at 1050 Techwood Drive in Atlanta. Ted Turner had a penthouse on the 4th floor and would come down frequently in the middle of the night to the Hard News Cafe to get a snack. He more than once poked his head into the Headline Newsroom, and I was there to greet him on a nightly basis, since I anchored the 3 a.m. - 7 a.m. shift. One night he looked at me and asked "How do you read this stuff every night?" to which I snapped back the reply, "Because you pay me." I'm glad he took that little retort the right way, because I was fortunate to spend the next 12 years there, most of it during daylight hours in much bigger building called CNN Center. Ted, incidentally, still watches over CNN Center. Although losing an estimated six billion dollars in the AOL-Time-Warner merger several years ago, I think he still has a great fondness for what he started. His office is on Luckie Street in downtown Atlanta on the top floor above his Ted's Montana Grill, with the CNN Center in view. As he puts it, "I wanted an office right here so I could keep my eye on 'em, and if they need help, I can rush right over."

SC: Bob, what do most newsmakers do wrong when they are being interviewed?

BL: Most of them--politicians and corporate spokesmen alike--talk too long, repeat themselves, and don't think ahead to what out-of-the-blue questions they might have to answer. And if they say "No comment," that's definitely the wrong answer. Spokesmen need to anticipate tough questions, always dress appropriately and give direct answers, avoiding the stammering and "uuuhhh" pauses that create such a distraction. And they have to be positive and not carry "an attitude." If they address the interviewer (or newsperson) in a condescending tone, or in one of dis-interest, they more often than not come out the loser.

SC: What advice would you have for business owners who find themselves with a crisis on their hands and reporters pushing microphones into their chins?

BL: Keep your sense of humor. Let me repeat that. Smile, keep moving...and keep your sense of humor. Trying to "get even" with a pushy interviewer just doesn't work. They have all the time in the world to edit your comments so you'll look like the bad guy. If you have "no comment," work around the edges of it, saying "I can't say anything at this time, but at the appropriate time I'll make a statement." And if you're walking from a building to a car, or vice-versa, gently move that way, and do it with a pleasant look on your face--even if you're not exactly in the best of moods.

SC: What advice do you have for those running for office who are in a televised debate?

BL: Don't challenge the questioner or moderator. I've moderated many television debates, and when I'm challenged that the question is not pertinent or too vague, I ask the question with a "Hopothetically, if someone were to ask..." and if they don't answer it, I move on down the line and ask the other candidate or debater the same question.

Also, I advise debaters to keep their cool and stick with the issue, not their opponent's personality. I know that's all you see in these shout shows on the cable networks, but you can be passionate about an issue without trying to make it personal. Most people will already have made up their minds on an issue before they hear you, which is why just plain facts with no shots over the bow of the ship can give you the edge over your opponent's loud response.

BL: On the issue of answering tough questions, I had what should have been a "softball" question thrown my way once, and I think I gave an honest answer. I was asked in a radio interview what story in all my years of broadcasting I thought I had covered the best. I was stumped. I was literally without a comeback. Then I told the truth as I see it. There was no story I could say I covered the best...though I may have done a few that came close to the best of my ability. In TV news, TIME is a huge factor. Getting all sides of a story, giving the history of a story, getting compelling pictures of the story seldom happens for a local reporter with half-a-day to get all the pieces in place. But I'm not giving up. Observing some of the masters like Frontline, Nova or The History Channel might just get me a little closer to that goal.

SC: Bob, thanks for your time and insight. To get in touch with Bob or to read an excerpt from his book, go to www.BobLosure.com.
Posted by Lorri at 3:23 AM No comments:

A Little Something Different

If you've read this blog over the years, you know I can coach you on how to be a newsmaker and how to craft soundbites. But you might not know that I can also keynote events for you. Here is a sample from a recent fund-raising dinner at which I spoke.

I've been thinking, "If I were Tiger's Soundbite Coach, what would I advise him to do?" The first thing is I would get him to talk. As long as he's staying secluded, we think the worst. And I thought David Letterman had good advice:

10. Crash a State Dinner at the White House

7. Put on a scarf and a hat and sing Christmas carols with Regis

6. Instead of sweatshops in Asia, have Nike merchandise made in a sweatshop right here in the U.S.A.

5. Retire, then come back and play for the Vikings

3. Release list of women he did not have sex with

Courtesy: The Late Show with David Letterman
Posted by Lorri at 3:55 AM 1 comment: